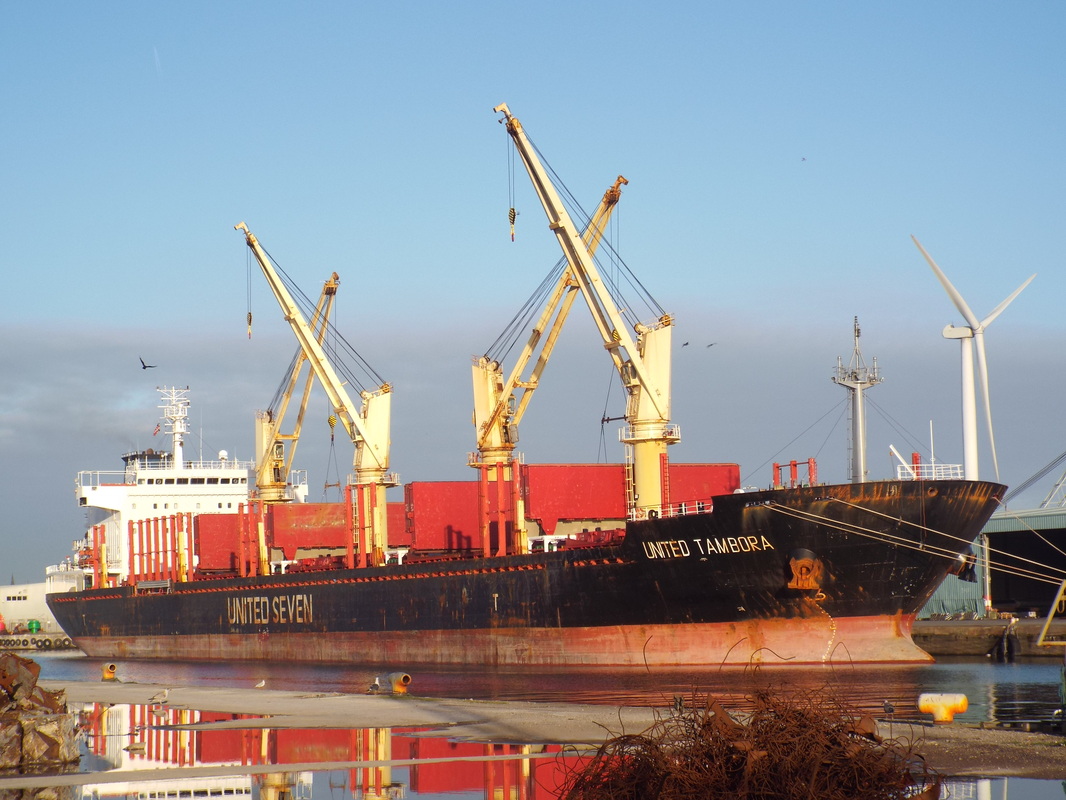 She is operated by United Seven GmbH & Co. who are based in Hamburg. 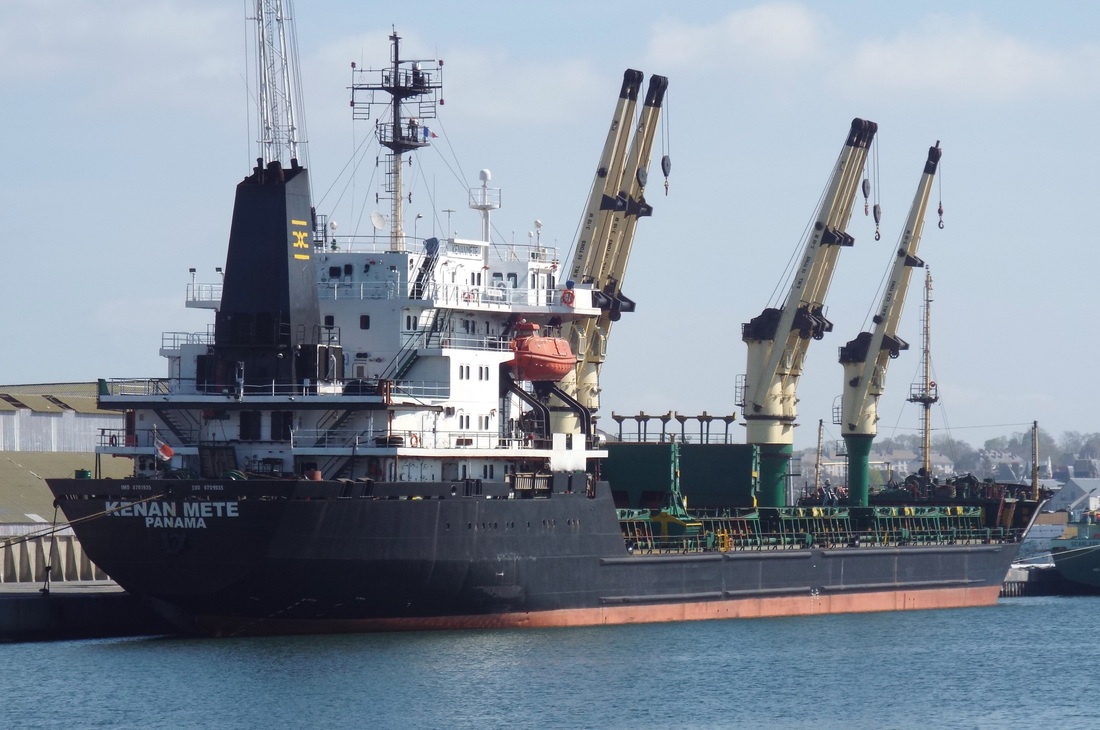 Bulk carrier Kenan Mete photographed in St.Malo on 14 April 2014. We visited St.Malo whilst on holiday and parked opposite this vessel just outside the city walls.

She was built by Stocznia Szczecinska Nowa in Szczencil, Poland as Yard Number B537/03 in 1990.

She is managed by Royalmar shipping and ship management which was formed in Istanbul in 2005. 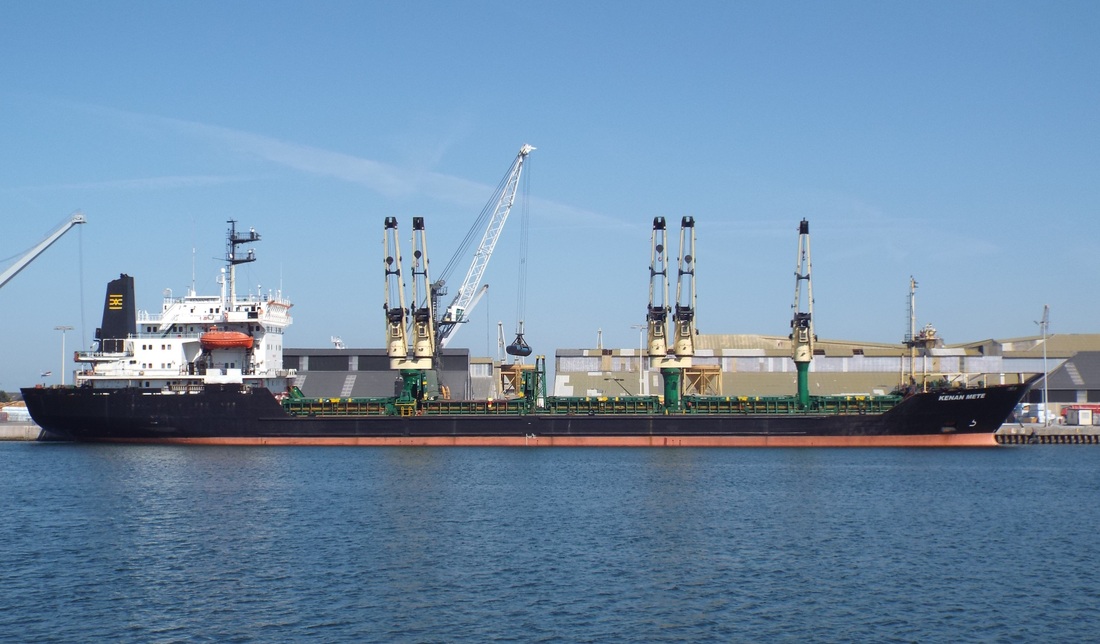 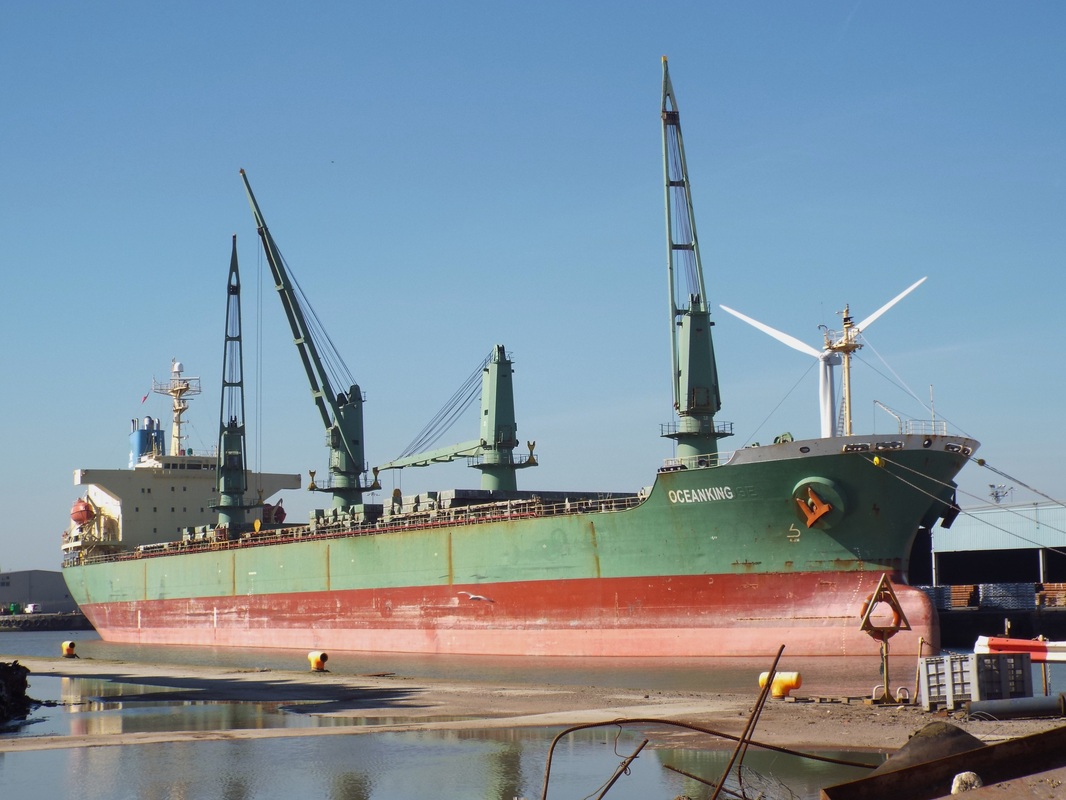 She arrived in Liverpool after visiting Antwerp and Avonmouth and luckily for me was in one of the better berths for photography.

Until early January 2010 she was called Sanko Rose and part of the Sanko Line fleet before being sold with sister ships Sanko Reliance and Sanko Rejoice to Greek owners in 2010 for $14.3m and renamed Oceanking.

At the moment she appears to be owned by Glitsa Maritime Co. and operated by Oceanstar Management.

As Sanko Rose on the 22 July 2000 whilst in the Malacca Straits she was attacked by seven pirates in a white speedboat whilst the ship was underway. Using a hook on a bamboo pole they attempted to board but the alarm was raised and the crew mustered on deck and prevented the pirates gaining access to the ship. 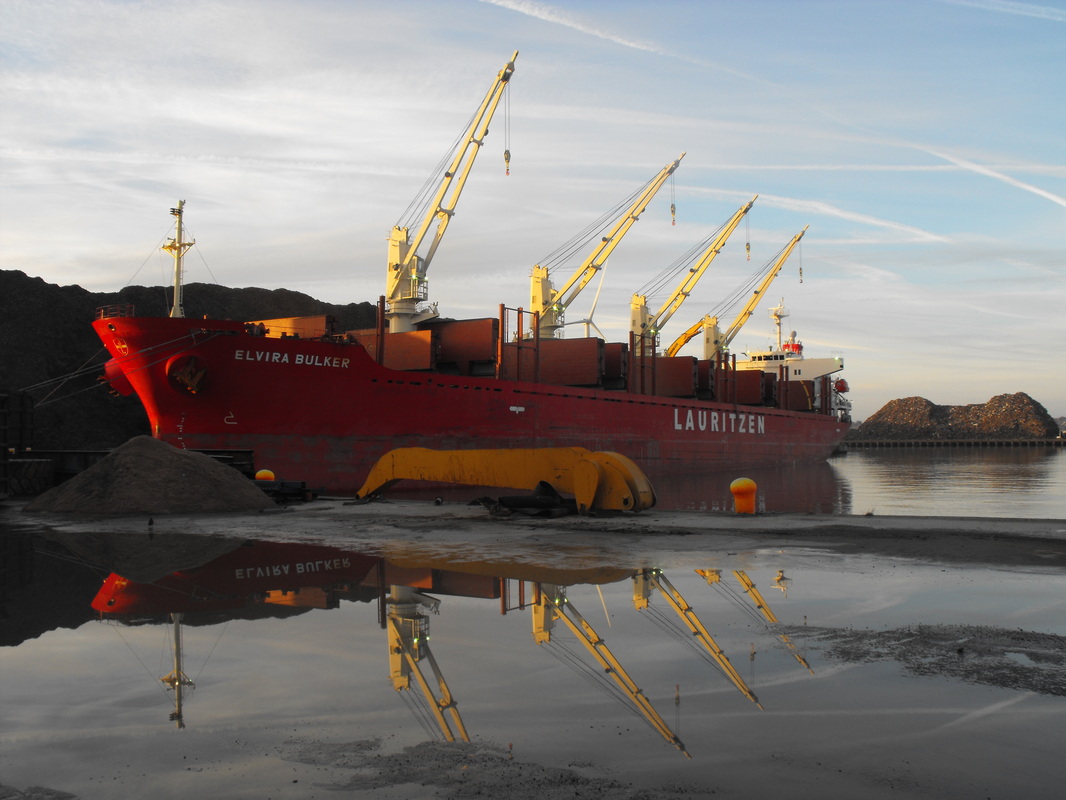 Nippon Kaiji Kyokai class Bulk Carrier Elvira Bulker photographed in Liverpool docks loading scrap metal on 25 November 2013.  Built by The Hakodate Dock Company in Japan as Yard Number 843 she left the builders on 22 September 2011 for her maiden voyage to Longview, Washington, USA to pick up logs for export to China.

The  Company was founded in 1884 and provides through Lauritzen Bulkers worldwide dry cargo ocean transportation through a fleet of approximately 125 vessels. They also have two other divisions Lauritzen Kosan and Lauritzen Offshore which work in the petrochemical and liquefied petroleum gas industry and offshore industries respectively.

After I saw her in November she has been to (amongst other places) Gibraltar, Odessa and Piraeus, at the time of writing this blog a couple of days ago (24 January 2014) she was back in colder waters on her way across the Irish Sea bound for Belfast. 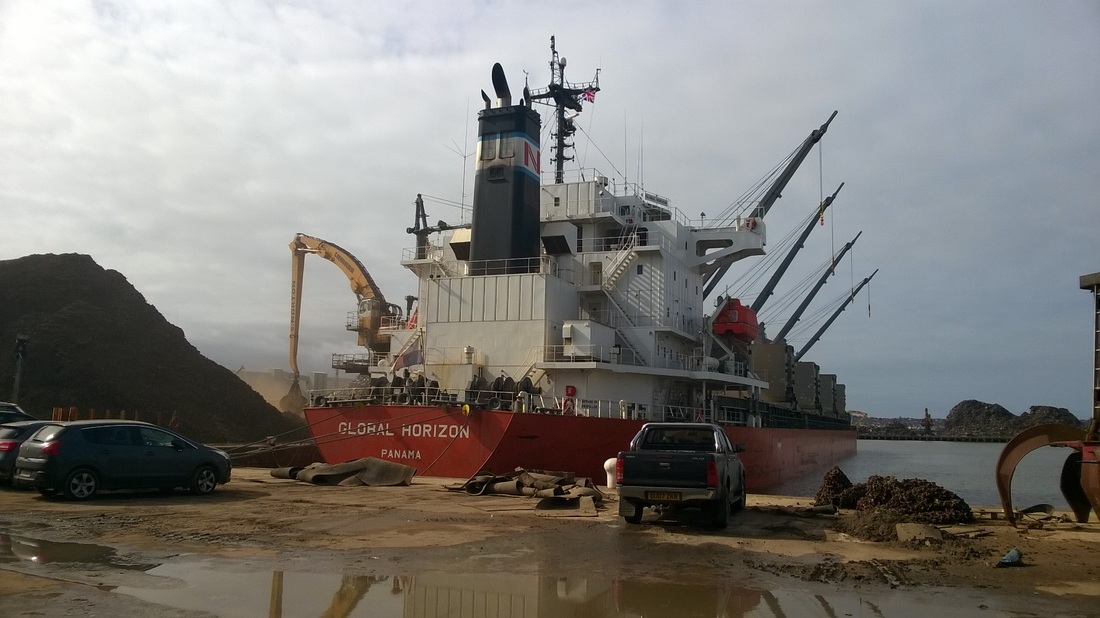 Global Horizon photographed being loaded with scrap metal in Liverpool Docks on 27 March 2015.

Owned by Sun Alliance SA she is managed by Kobe Ship Management.

Up to 2008 she was called Hosanger Star. 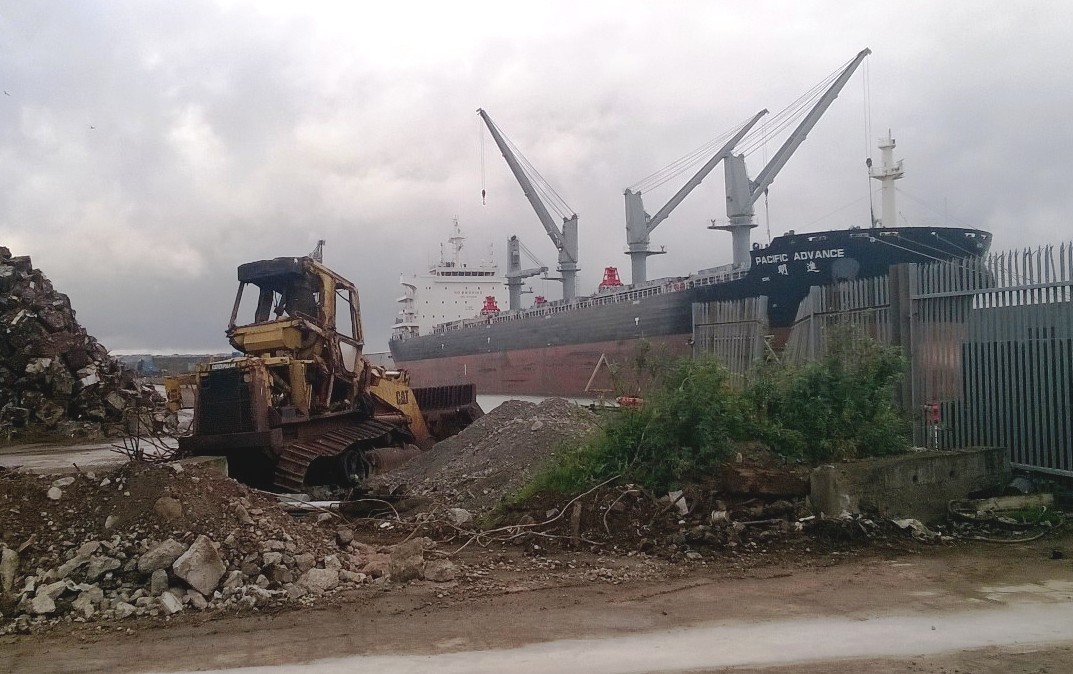 Shortly after I saw her she sailed to Antwerp and then on to Teesport.

Unfortunately I cannot find much information on her. 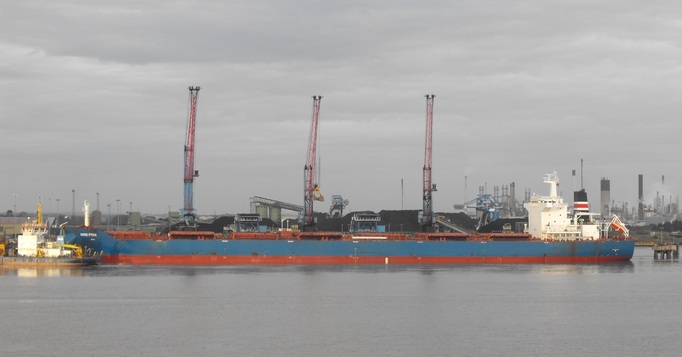 She is operated by Norden A/S who are an independent Danish Company which was founded in 1871. They operate bulk carriers and tankers worldwide. At the time of writing they are operating a reported 209 vessels comprising  161 Bulk Carriers and 48 Tankers. Nordens head office is located in Hellerup, Denmark, they also have offices in Shanghai, Annapolis, Rio de Janiro and in Mumbai. 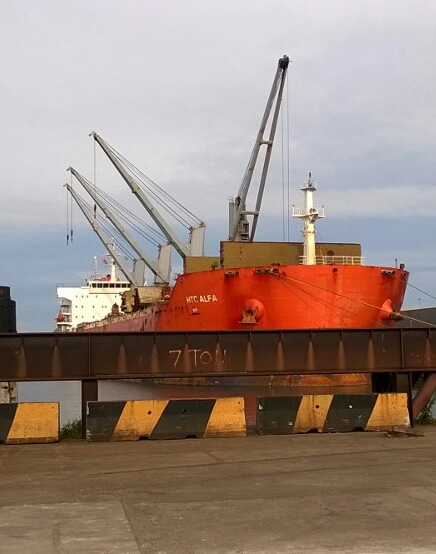 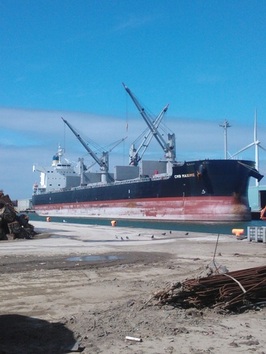