​Lizrix photographed from East Cowes inbound to Fawley on 26 October 2015.

She is operated by Rix Shipping who are based in Hull.

Rix dates back to 1873 when a sea Captain and Merchant Adventurer called Robert Rix traded out of Hull. Robert Rix started in business as a shipbuilder, building small coastal craft on the south bank of the River Tees in Stockton. 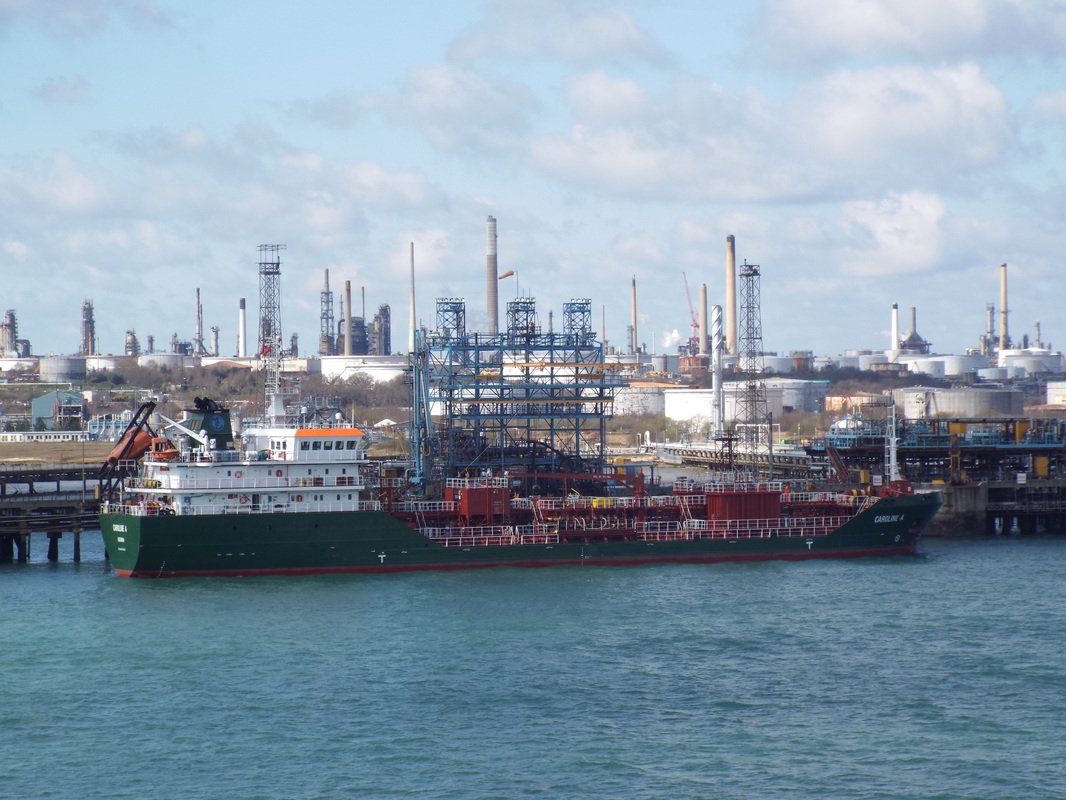 Caroline A photographed at Fawley on 11 April 2015. 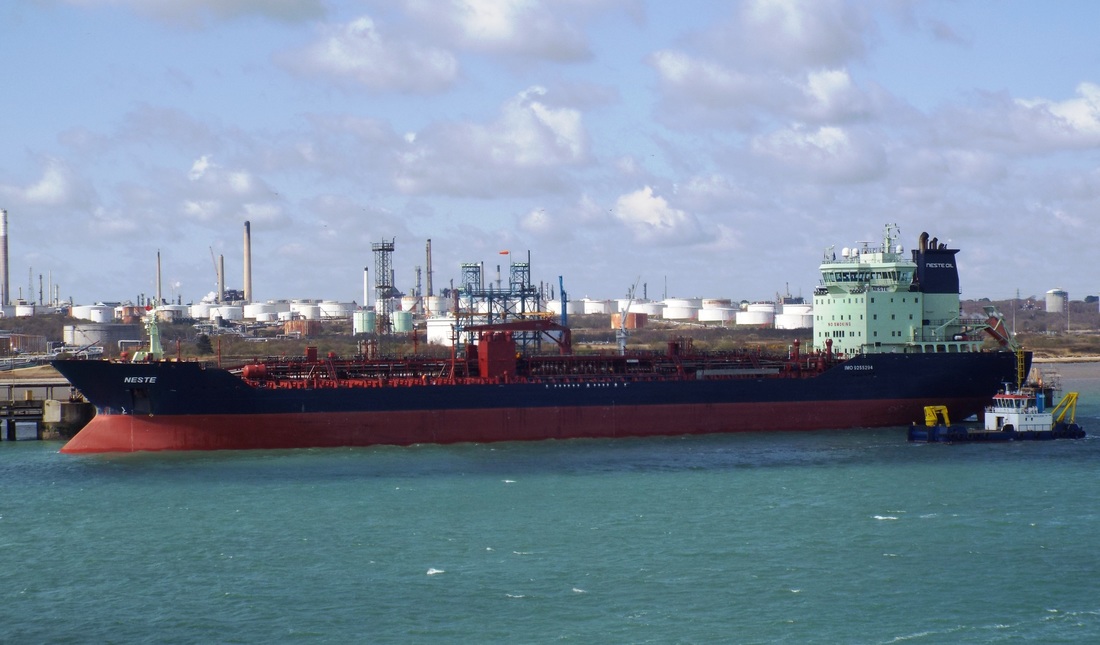 She is operated by Neste Shipping OY who are based in Finland, the Company was founded in January 1948. 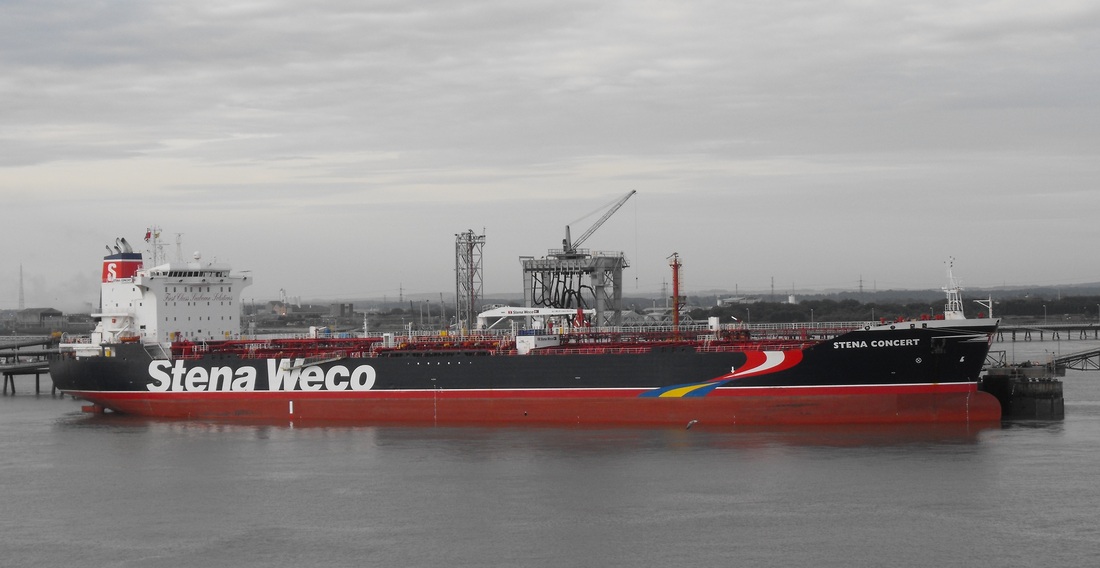 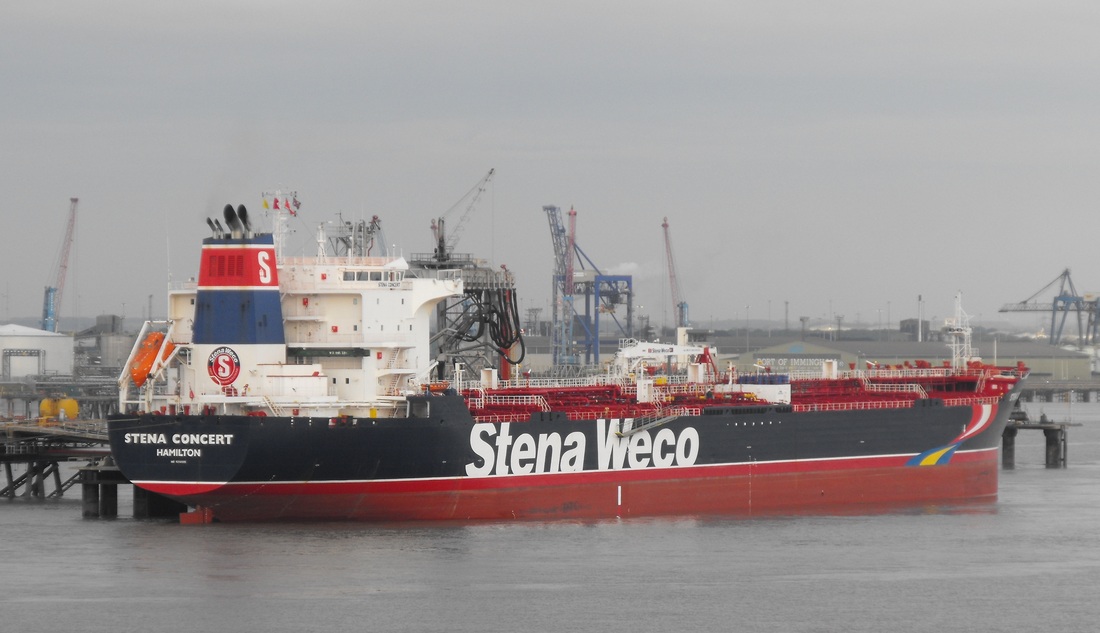 I took the photograph from the deck of the P&O ferry first thing in the morning as we headed up the estuary to Hull following my trip to Zeebrugge and Brugge.

Seen in Liverpool Docks on 9 July 2013 Mersey Endurance arrived under tow on the River Mersey 21 February 2013 from her builders Veka Shipbuilding BV (Czech Republic and Netherlands).She measures 86m x 11.45m and is powered by a Caterpillar C32A engine.

The vessel was built following investment by World Oil who have been proprietors of Henty Oil since it acquired the 25 year old business in 2009.

She is currently actively working around the docks and up and down the River. Henty Provider and Progress whom she presumably replaces are moored together in the docks behind the detained Dyckburg and have not moved for some time. 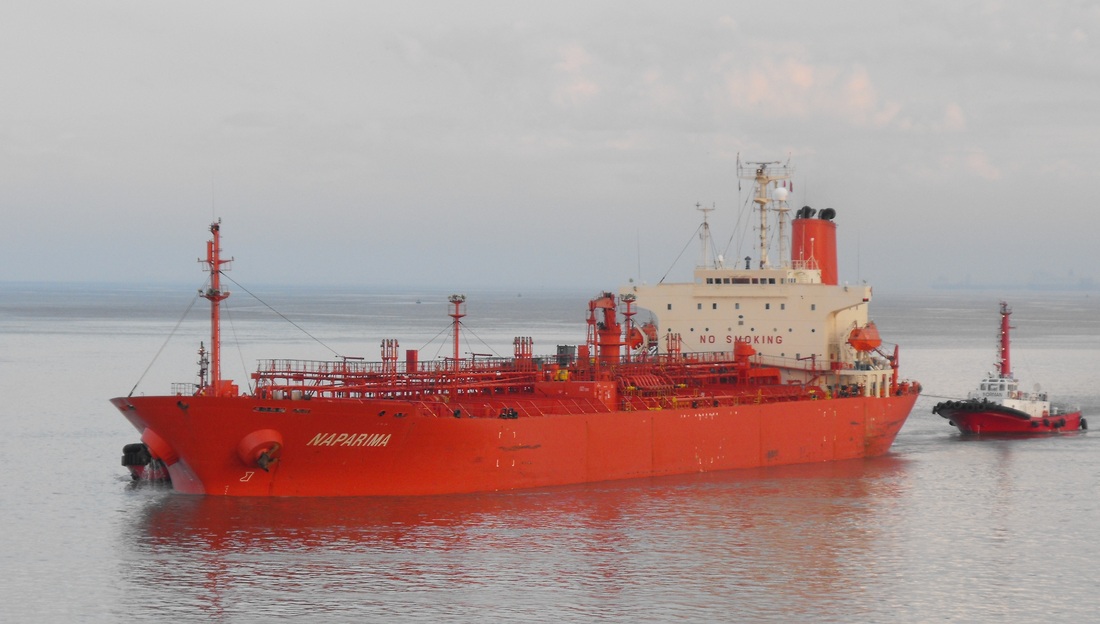 I took the photograph late afternoon from the deck of the P&O ferry to Zeebrugge. 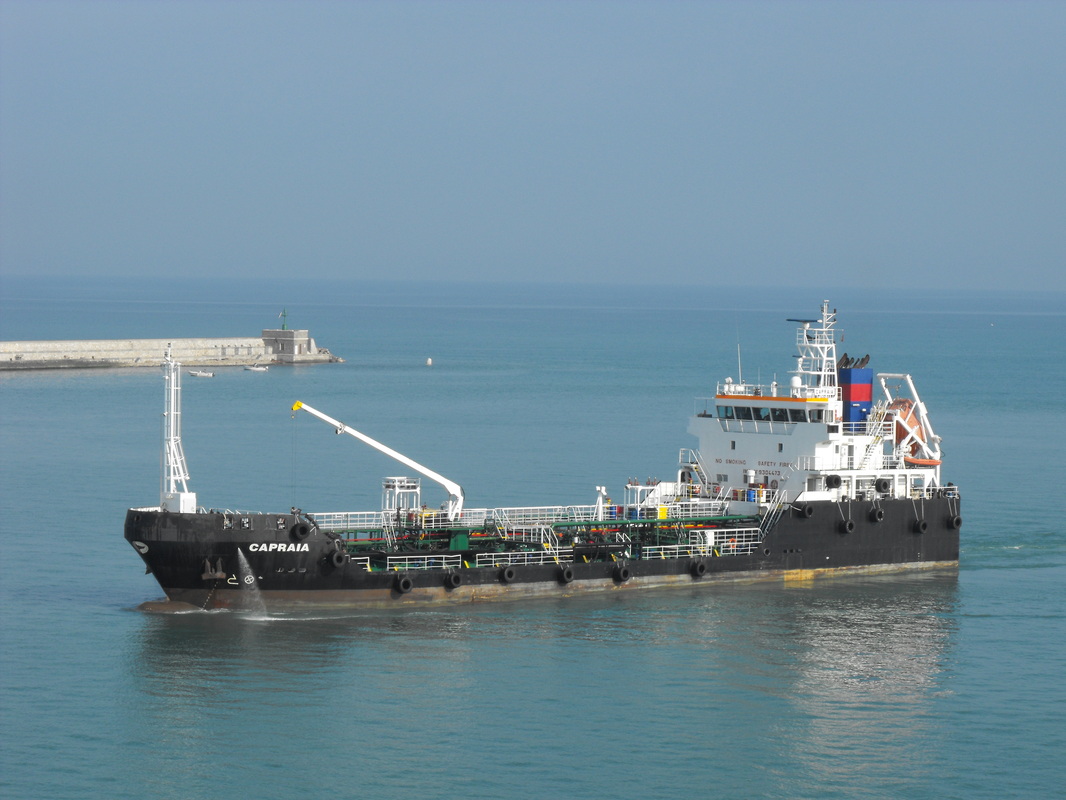 Oil Products Tanker Capraia photographed in Livorno on 31 May 2012.

Powered by twin Yanmar type 6S21A-SV four stroke diesel engines (883kW each) connected by reduction gear to the respective propeller she has a top speed of 11 Knots, she is also equipped with a 150kW bow thruster.

The vessel has ten epoxy coated cargo tanks, one pair of slop tanks and a recovery tank giving a capacity of 2400m3 including the slop tank (324m3).  She also has three diesel driven generator sets - 2 x 450Kw for power generation, 1 x 150Kw for harbour power generation and a single 100Kw emergency power generator.

She is operated by the D'Alesio Group which was founded in 1930 when Gaetano D'Alesio  followed his father who was master of small vessels employed in coral fishing to sea.

Aged 18 Gaetano got his licence as a customs agent and decided to set up his own business. During the Second World War as well as his customs duties he also started building fishing vessels. Shortly after the war in 1947 he commissioned the small tanker Splendour from the Orlando Shipyard in Livorno which was used for fuel shipments to Sardinia.

In the 1950’s while passing through Genoa he noticed the storage tanks of the refineries and the depots  outside the harbour and decided to do the same in Livorno. The first tank of his oil terminal was  purchased from the American military which he had  disassembled and reassembled in the depot,  this installation has grown to a storage capacity of 200,000 tons.

At the beginning of the 1980's the company expanded when  D’Alesio became a partner in the management of the Sintermar container terminal, which at the time was the largest private terminal in Livorno. His vessels also started carrying out lighterage to Exxon chartered VLCC's in the Gulf of Texas and he continued to build new vessels. 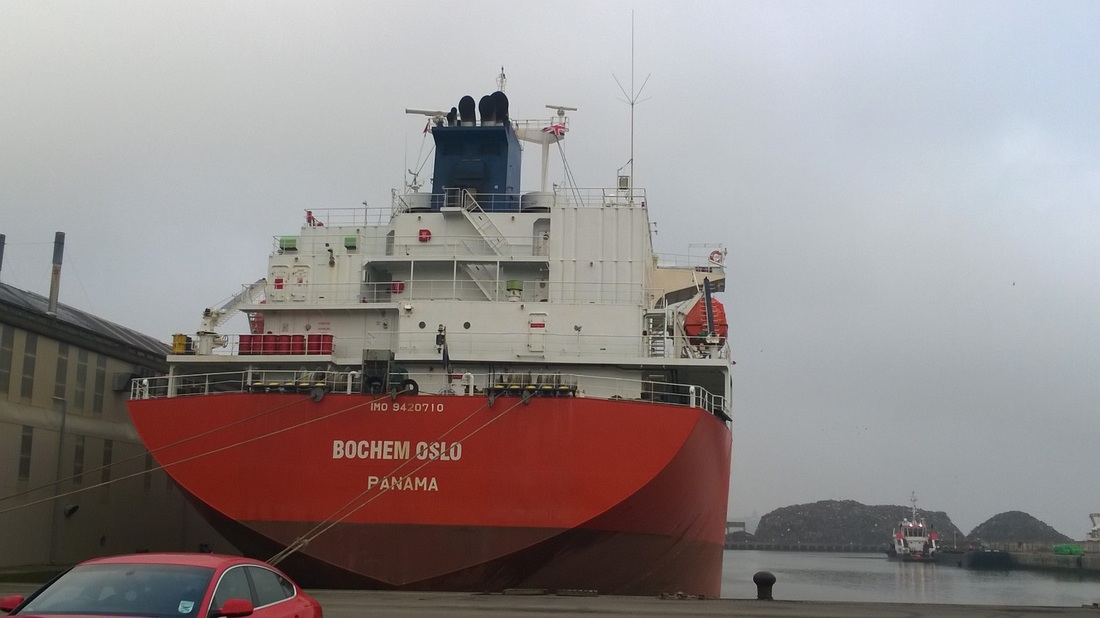 Bochem Oslo photographed in Liverpool Docks on a cold and very overcast 18 March 2015.

Owned by Hak Maritime of Panama she is commercially operated by Hansa Tankers AS who are headquartered in Bergen, Norway. The Company was established in May 2010 as an independent pool for stainless steel tonnage. The fleet has grown from an initial 3 vessels to 21 today. In 2012 Hansa Tankers established the Midgard partnership for ownership of six vessels. 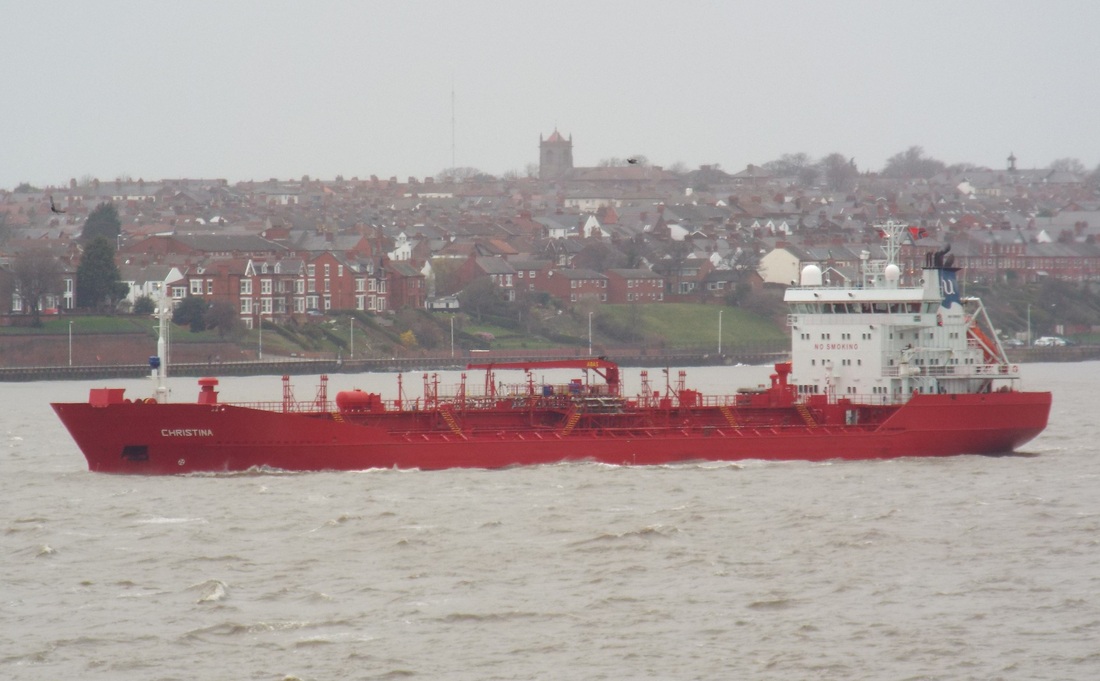 Christina photographed sailing up the River Mersey on 20 March 2014.

Christina is one of over 20 vessels owned / operated by Utkilens A/S who are a shipping company headquartered in Bergen, Norway. The company with a history back to 1916 was founded in 1967 and owns and operates chemical tankers ranging from around 5,000 to 20,000 dwt. in size. 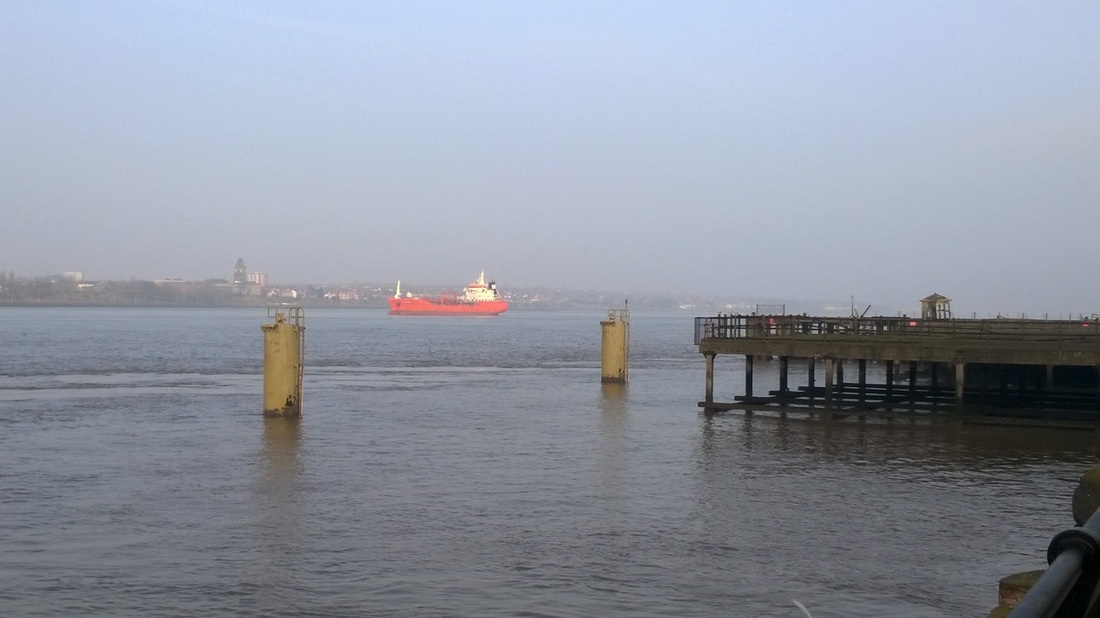 The vessel is managed by John T Essberger BV of Hamburg in Germany and is one of approximately 26 vessels in their fleet. They operate primarily in the Baltic, North Sea and Mediterranean, the Company was formed in 1924 by John T Essberger a German Naval Commander and is still a family run company.

Part of the Princes Dock landing stage can be seen to the left next to the modern mooring posts the larger ships use when visiting Liverpool.

Unfortunately I was again without my camera and this photograph was taken with my phone, I tried using the zoom facility on the phone but the quality was rubbish.

I am going to the Isle Of Wight next week on holiday via Southampton and my camera will definitely be going with me.