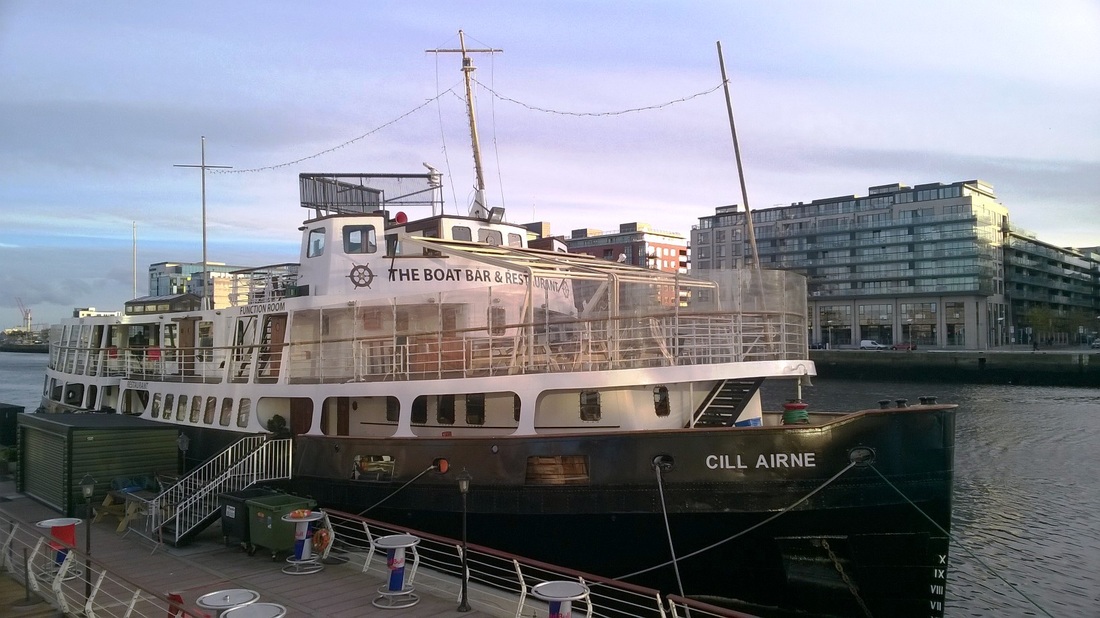 Liner passenger tender Cill Airne photographed on the River Liffey, Dublin on 11 November 2015. We were in Dublin for the day having got up at 4.45am for a 8.00am flight from Manchester. Flight time was only 40 minutes and there was a bus straight into the city centre which only cost 12 Euros return. Despite a really bad weather forecast we had a good day and the only time it did rained we were in a pub.

As can be seen the vessel is now a floating bar and restaurant.

She was originally one of two passenger liner tenders commissioned by the Irish Government in July 1961 her sister ship being the Blarna. The tenders were commissioned to service the passenger liners that plied between ports in England and New York. The liners were too large to enter Cork Harbour and the two sisters would bring mail and passengers to and fro.

She was built in the Liffey Dockyard in Dublin as yard number 182 in 1961 and was one of the last riveted ships to be built in Europe.

The Blarna was sold to a Canadian ferry company in Quebec and the Cill Airne was handed to the Maritime College as a training vessel for engineers. The Cill Airne brought marine engineers to sea where they familiarized themselves with radar, lifeboats and engine room practices.

In 2003, the Maritime College was rehoused in a new state-of-the-art building with a mock-up engine room and ship sailing simulators, making the Cill Airne obsolete.

The College placed the vessel up for auction where she was purchased by a group of Dublin City investors. She spent nine months in Cork dock undergoing major restoration work under the inspection of the Maritime Safety Directive. The work has ensured the long-term preservation of the ship. In January 2006, she sailed under her own power to Hegarty’s Boatyard in West Cork, where a quality team of old style shipwrights restored the MV Cill Airne to her present condition. 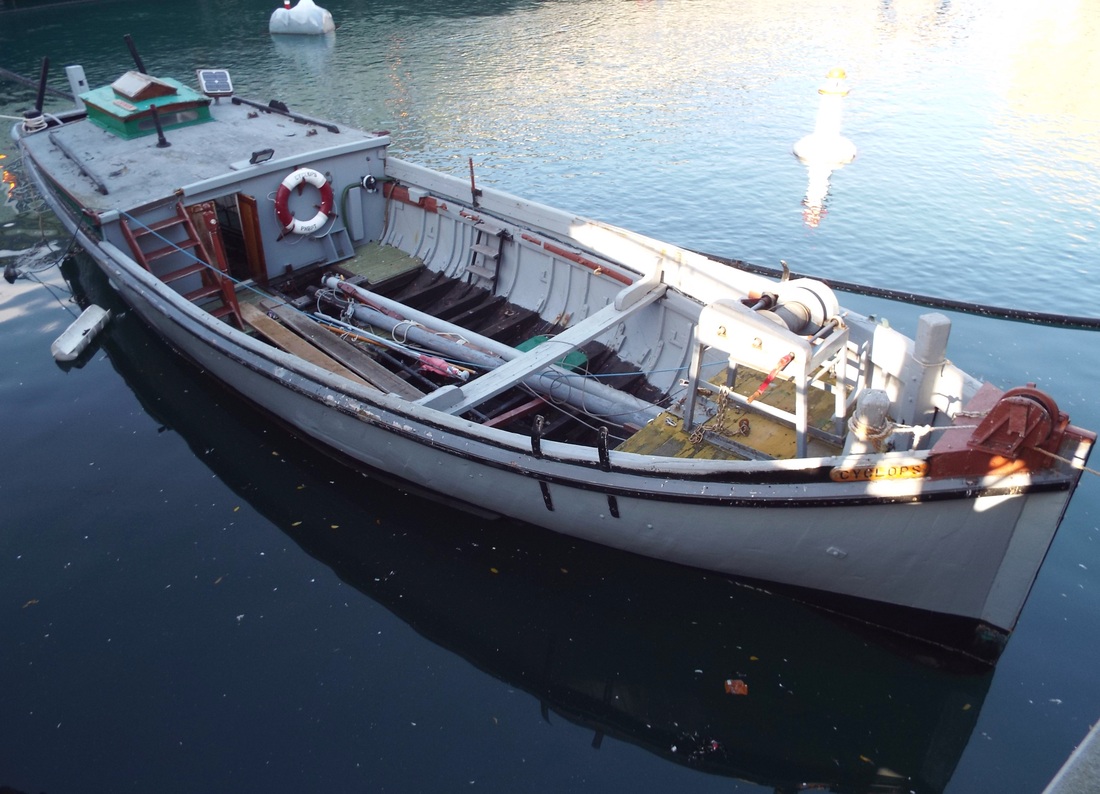 Cyclops photographed on 28 October 2014 at the Navy Dockyard in Portsmouth.

She was built in the Number 6 Boat House at Portsmouth Dockyard  in 1915. Originally known as Pinnace 642 she was a 42ft rowing launch built by the Royal Navy for the Battleship HMS Sovereign (1915). The vessel was used for carrying supplies out to the ship and other duties and was manned by 38 seamen.

Following her naval service she operated as a small ferry carrying people stores and livestock between the Hebridian Islands, she also worked as a mooring buoy tender and workboat. Although originally rowed she did have a 90hp Perkins engine installed although currently she is fitted with the diesel engine from a combine harvester.