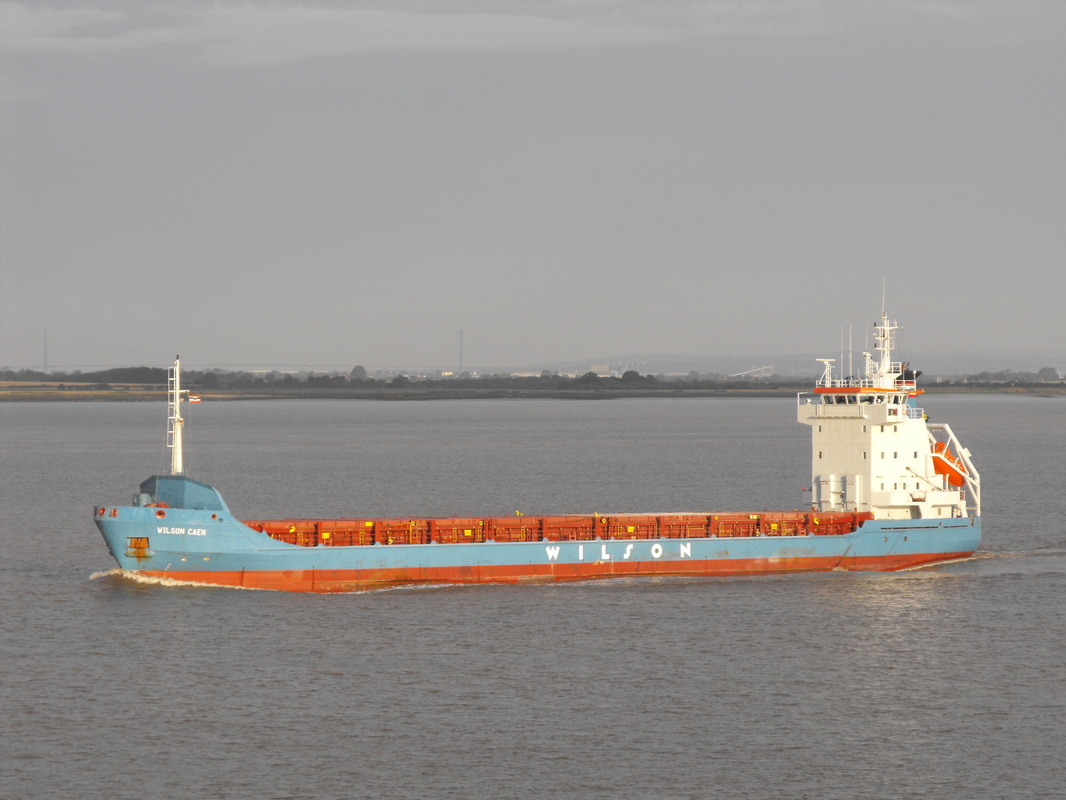 General Cargo Ship Wilson Caen heading out of the River Humber on 23 August 2012.

I took the photograph from the P&O ferry from Rotterdam as we  were heading towards Hull, with a couple of other hardy souls I was on deck just before dawn to see the sun rising out of the North Sea and enjoy the final leg
of the journey into the Humber Estuary past Immingham and onto Hull.

She was built by Slovenske Lodenice in Komarno as Yard Number 3007 in 1998 and until July 2004 was known as Dutch Navigator.

She has a single hold with two movable bulkheads which has a capacity of 5841m3.

Powered by a Deutz MWM TBD 645L6 Engine the vessel has a service speed of 12.5 Knots, she also has a 250kW bow thruster.

She is operated by Wilson Shipping based in Bergen, Norway which owns / operates over 100 vessels. 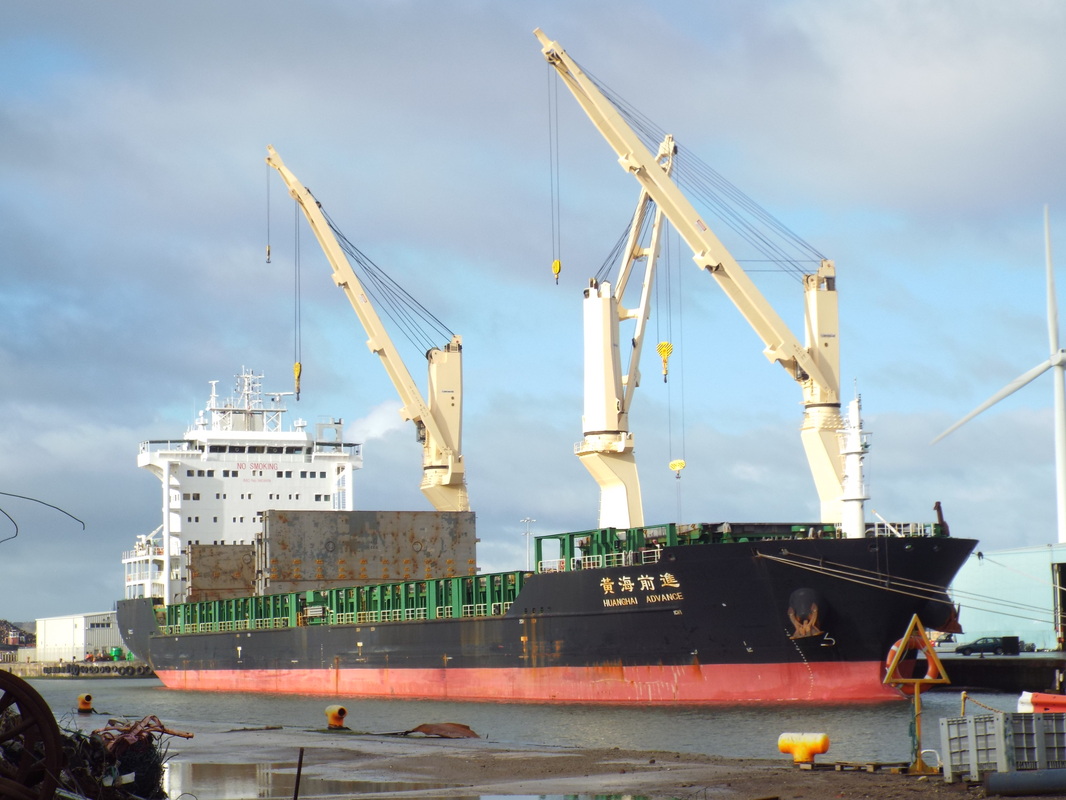 A multi-purpose carrier she is equipped for the transporting of containers and has also been strengthened for heavy cargo. She was built by the Huanghai Ship Building Company in Rongcheng, China in 2012 as Yard Number hcy-87 and has a length of 166.31m, 27.4m breadth and 7m draught.

Up to July 2012 she was called Macarena.

Since I saw her she has  left port and is en-route to Fredericia, Denmark.

She was launched on 25 December 2008 and is the eleventh ship of the 005RSD03 Project being built at the JSC Onega Shipyard.

The ship was named after an honoured workman of the White Sea & Onega Shipping Company.

005RSD03 project vessels have a GT of 4182 and DWT of 5467 tons, they are 108.3 m long with a 16.5m beam and 3.6m draught. The ships are designed for carrying general cargo such as wood, bulk, grain and large-sized cargoes as
well as containers. The range of the vessel is up to 4000 nautical miles and she  is designed to operate in the inland waters of Russia and other states for providing cargo delivery without intermediate unloading.

In total she has three cargo holds with a total capacity of 7,833м3, she can also carry containers (TEU225 165 hold /60 deck). The hold is designed to accommodate 7.5 t/m2 of distributed load, permissible loads on the hatch covers are 5t/m2 for hatches 1 and 3 with 6t on hatch 2.

Normal crew complement is 9 although accommodation onboard is available for 11 via nine single and one
double cabin.

The JSC Onega Shipyard was founded in 1944 and is located on the shore of Onego Lake in Petrozavodsk.The yard has been building this type of vessel since 2003 and have the capacity to build at least three ships of this
type each  year. 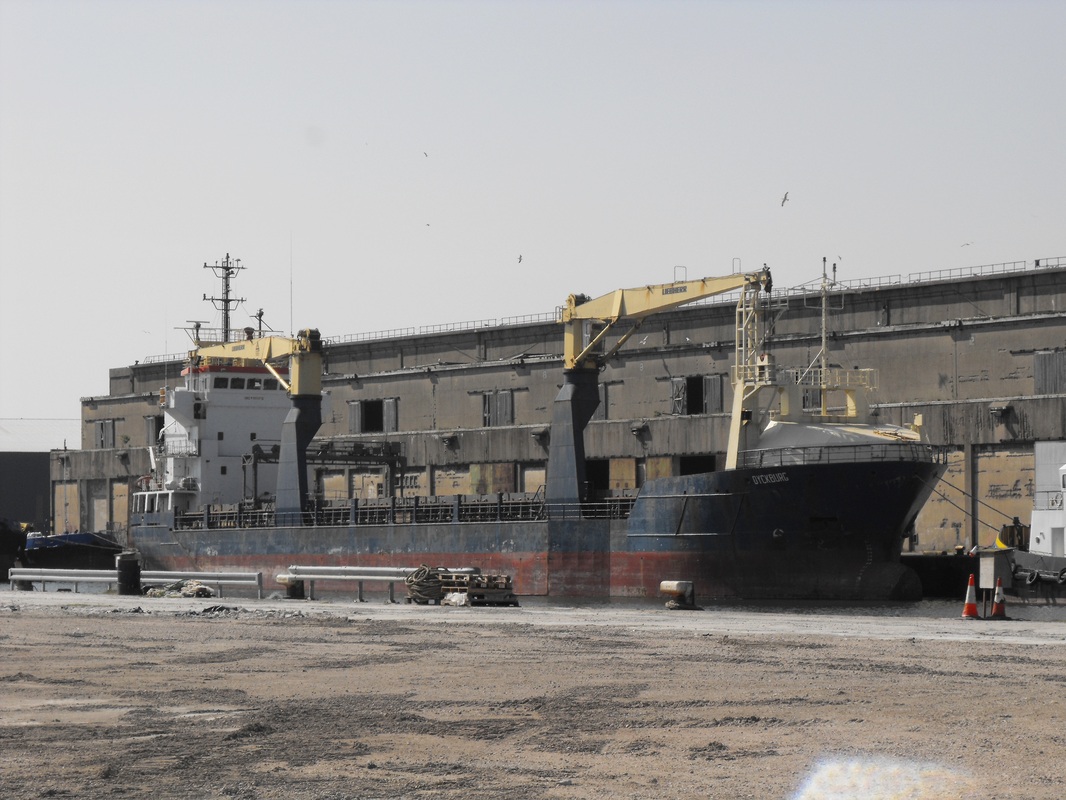 General cargo ship Dyckburg photographed in Liverpool on 6 June 2013 where she has been detained since 9 September 2011.

The vessel was detained in Liverpool because there were a large number of Safety of Life at Sea (SOLAS) related deficiencies which were objective evidence of a serious failure or lack of effectiveness of implementation of the ISM code on board the vessel. 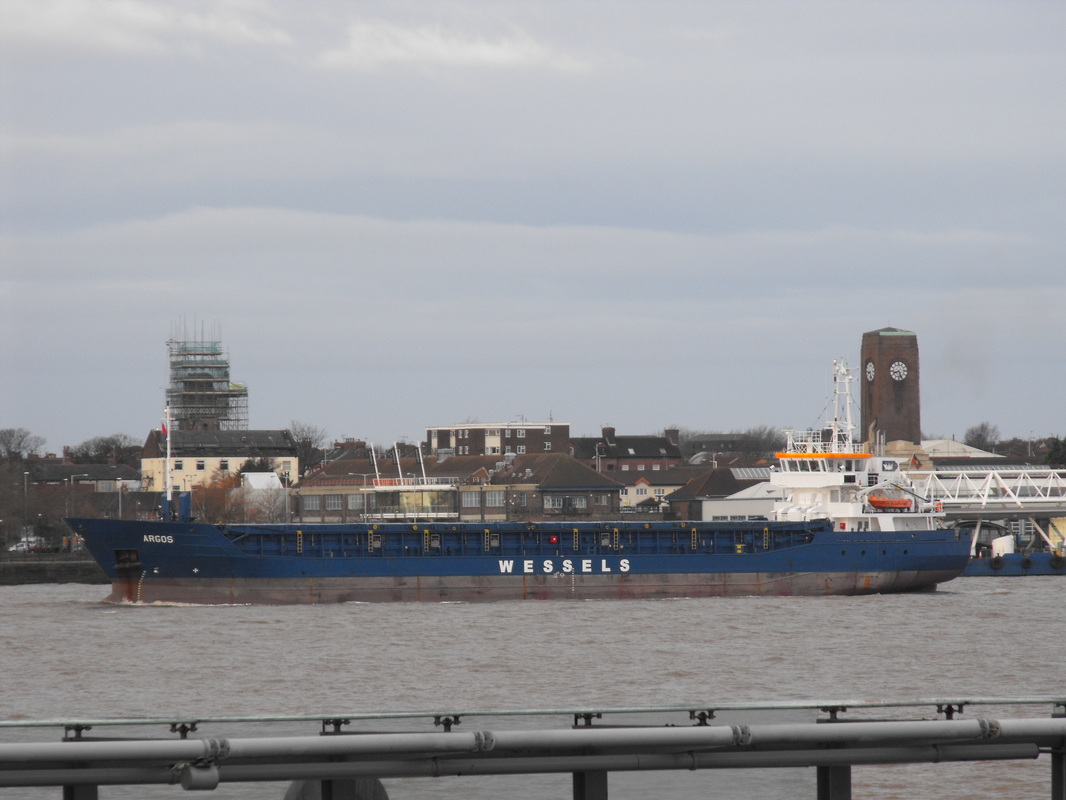 She was built by Slovenske Lodenice in Komamo as yard number 2971 in 2007.

She is operated by Wessels Reederei who are based in Harem / Ems, Germany. 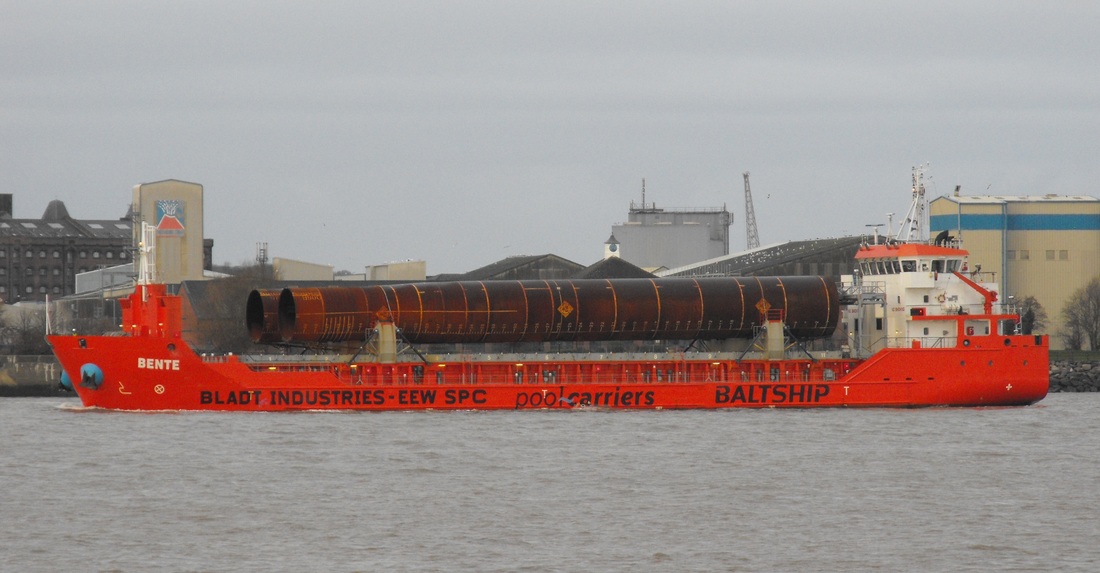 She has a single hold measuring 43.4m x 12.6m x 8.4m with two movable bulkheads and a single hatch cover.

She is one of 21 vessels operated by Hamburg based Company Pool Carriers which was founded in 2004, they operate a fleet of modern coasters mainly in European waters. 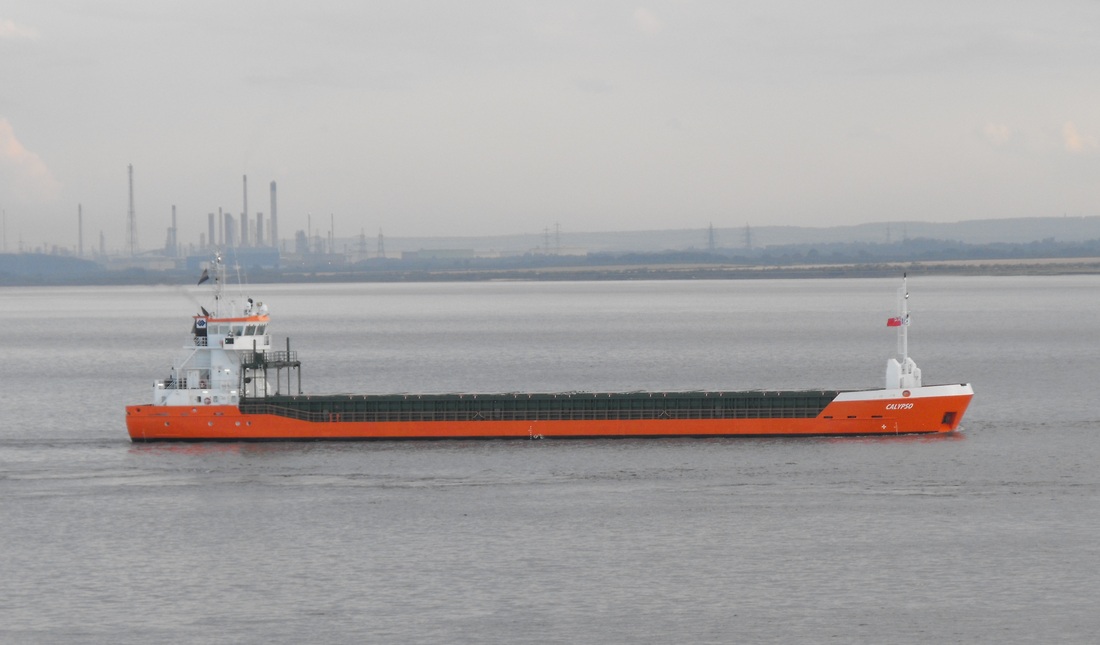 Hold capacity is 5250m3, this  and can be split into three sections via movable bulkheads, alternatively she can accommodate 108 containers in her hold if required with a further 80 on deck. 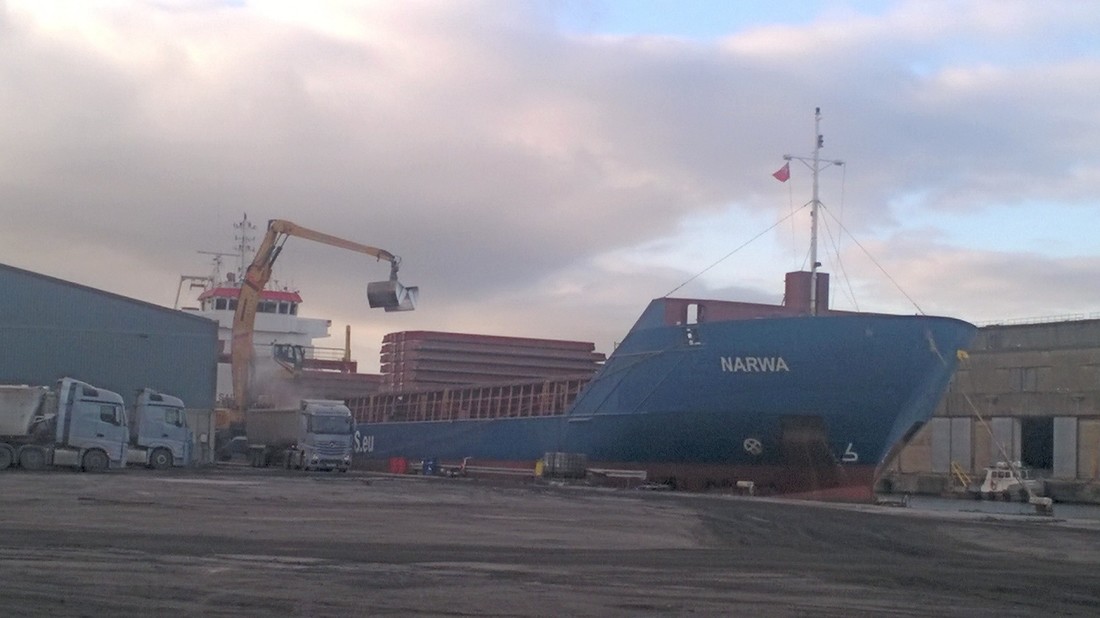 ​​Narwa photographed loading in Liverpool Docks on 4 January 2017. Shortly after I took this photograph and after completing loading she left Liverpool bound for Montoir in France.

She has two holds with a maximum capacity of 8,500m3, she can also carry 256 containers.